Would you like to switch to the accessible version of this site?

Don't need the accessible version of this site?

Jennifer has been a part of our team since 1994, she is our Head Receptionist and Practice Manager. She is originally from Southeastern Virginia, but decided to make her home on the beautiful Outer Banks in 1991, after many years of vacationing here as a child. In 2015, she obtained a dual degree in Business Organization and Marketing. She and her husband reside in Manteo with a Pomeranian named Elsa, who truly thinks she is a princess and Pomeranian/Chihuahua named Kernel, who thinks everyone is his friend. When she is not at work, you will find her volunteering with Mane and Taill, an equine therapeutic riding academy for special needs children and adults. She also enjoys sharing her love of everything nature and wild, animals included, with her photography and traveling with her husband every opportunity she gets. 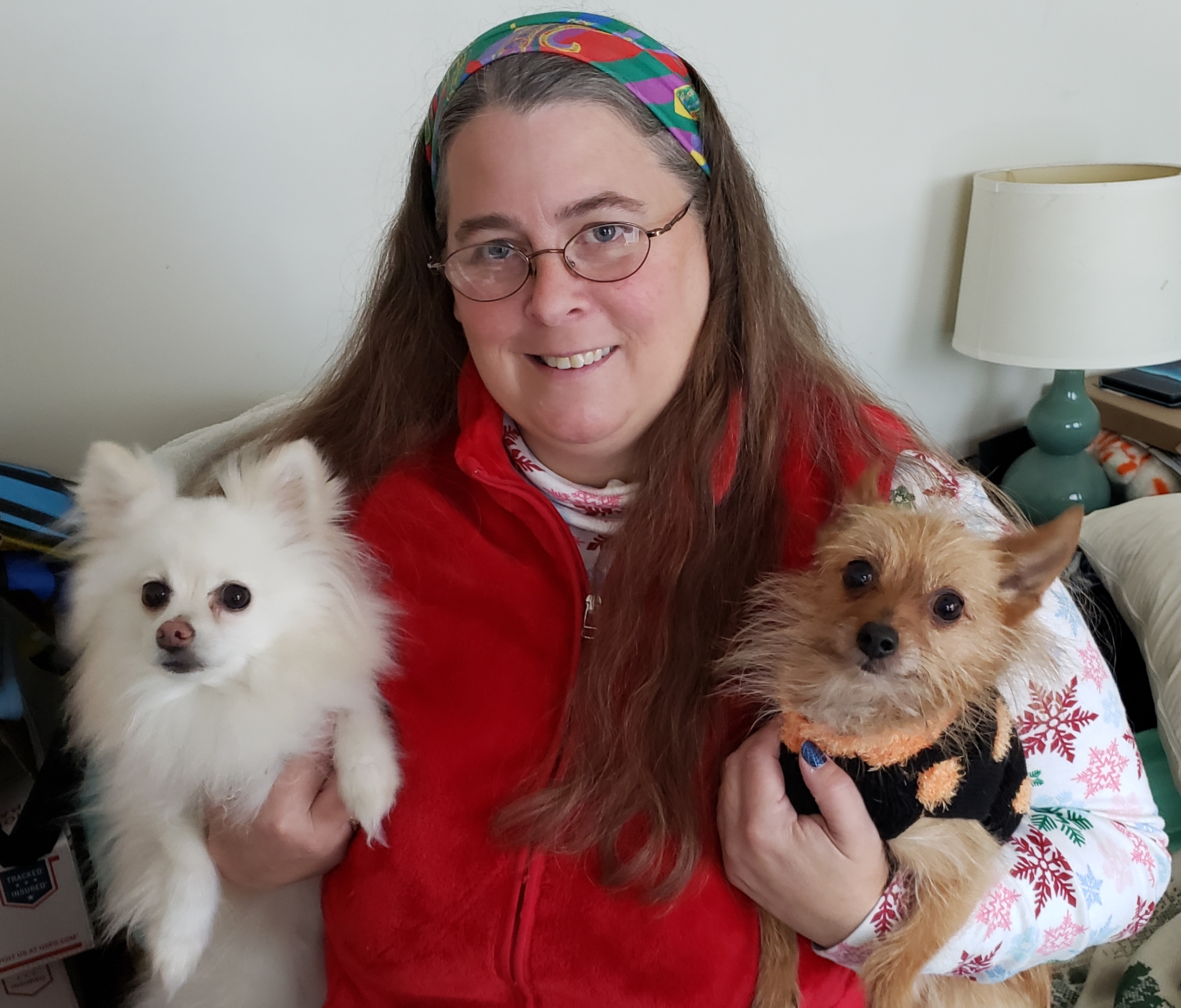 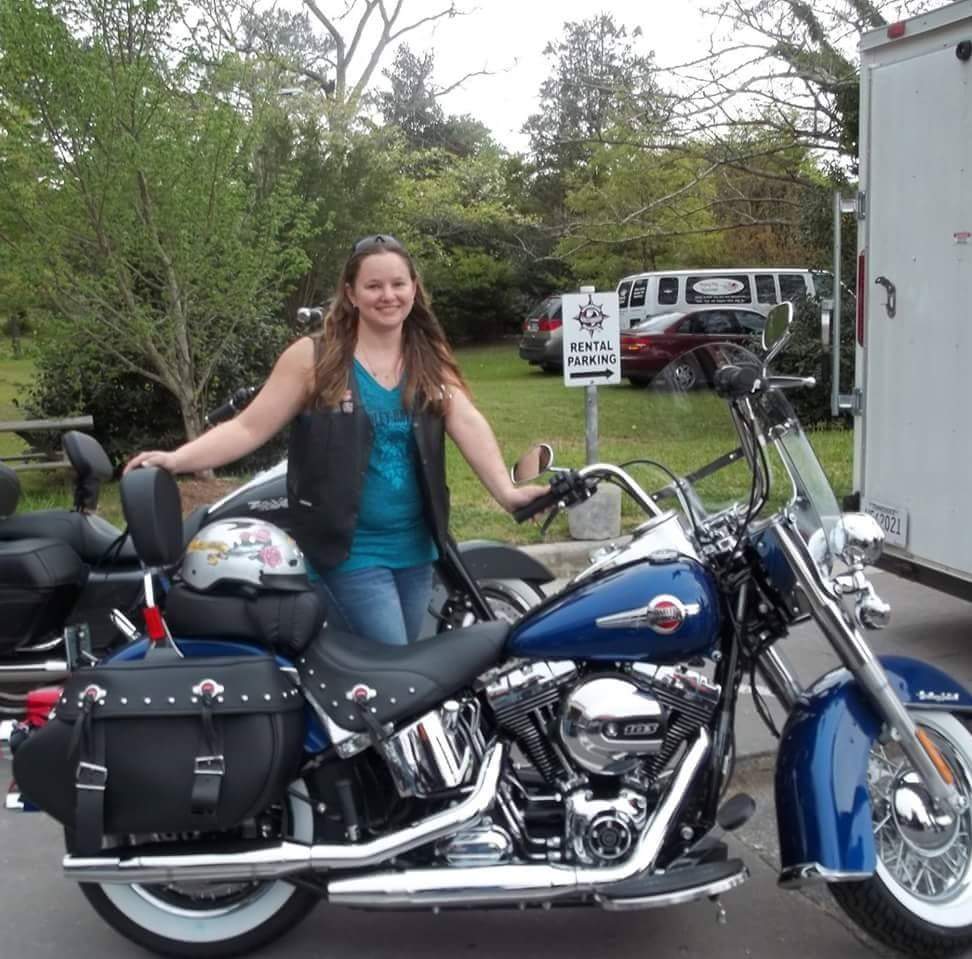 Kate is our head veterinary technician. She brings many great talents and experiences to our team. She has been a wonderful asset to our Coastal family. She moved to Kill Devil Hills with her boyfriend in January 2014. She has many furry children, including three dogs, four cats, and even three turtles she shares her home with. She began her career working at a veterinary office at the age of 16 as a kennel assistant and advanced from there as she gathered more education and experience. She graduated from the Veterinary Technology program at Fairmont State University in 2004 and acquired licenses in Virginia and North Carolina. She continued her education and gained the skills of abdominal ultrasound and echo-cardiograms for canines and felines at Sound Technologies Imaging Program in Arlington, Texas in 2006-2007. She has now been doing Laser Therapy for many years and it is one of her loves. When she is not working hard with us and sharing her talents with our team, she enjoys kayaking, canoeing, attempted to surf as she says, and just enjoying the beach.

Kim brings over 23 years experience to our reception team. Growing up with her father in the army, Kim and her family have lived in a number of countries around the world. Her love of horses, started with her first pony, named Midnight Star, while living in Bangkok Thailand. She graduated from Southern Seminary Junior College, where she took her Arabian Horse Count Sahara with her. There she took Equine/Equestrian Studies. Finally settling in Point Harbor, NC, she began working in the veterinary field as a receptionist. Kim lives with her dog, Harbour and seven fun and mischeivious cats. She has always loved traveling and swimming. 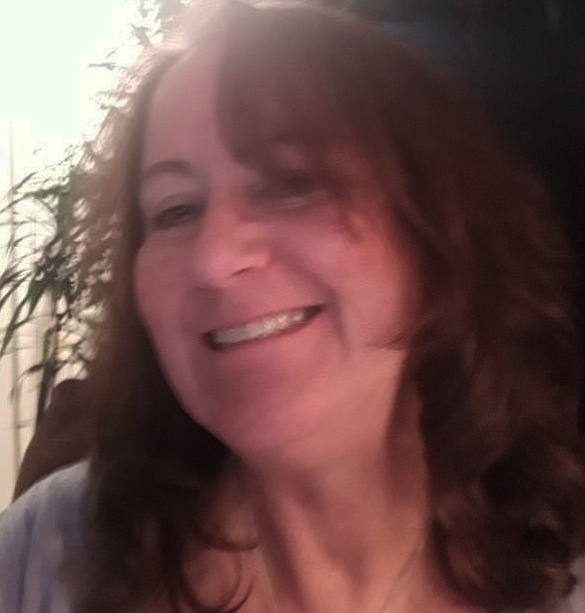 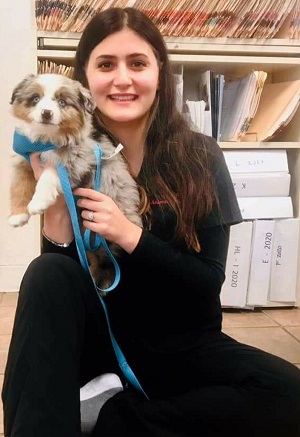 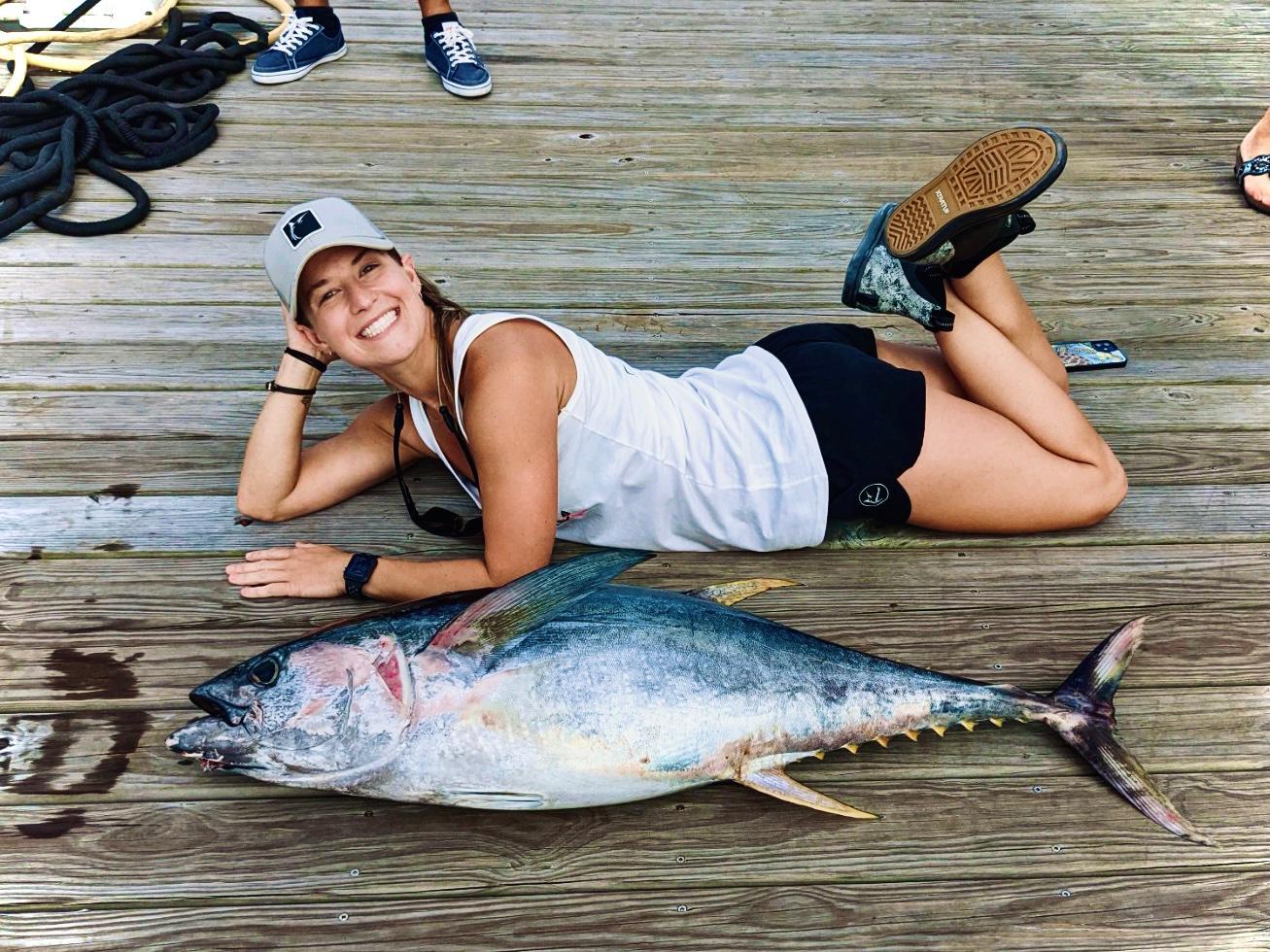 Loreigh recently joined our nursing team. She grew up coming to the Outer Banks her whole life from Poquoson, Virginia and eventually fell in love with the area and now calls it home. She is currently enrolled in a veterinary technology program at San Juan College. She has 2 Mastiffs that are her four legged children, named Diesel and Loretta, who are very well loved. She enjoys making a positive impact in the lives of not only the animals but their owners and those around her. When she isn’t working hard at Coastal, she enjoys exercising, fishing, and taking her dogs to enjoy the beautiful outdoor areas the Outer Banks has to offer.

Ali is part of our reception team and is a true native.. born and raised on the Outer Banks. She grew up commercial fishing with her dad where she learned many life skills and as she grew up, knew this would always be home. When she isn’t greeting our clients with a smile on the phone or  the front desk, she is fishing, duck hunting or working on her truck. She also enjoys loving on her fur children, Callie, a chocolate lab, and Cooper a hound mix who keep her company when she is fishing.

Candice has worked as a veterinary nurse in both of our locations, but is now in our Buxton location. She is originally from Virginia but recently fell in love with the Outer Banks and became a permanent resident. She graduated from Lynchburg College in 2003 and has been working and sharing of love of animals through veterinary medicine ever since. When she isn't loving on animals in our hospital, she is home loving the time she gets to spend with her husband, 2 hermit crabs, and her 2 dogs, Nova and Sherlock. She says most importantly she loves god and the blessings he has provided her. 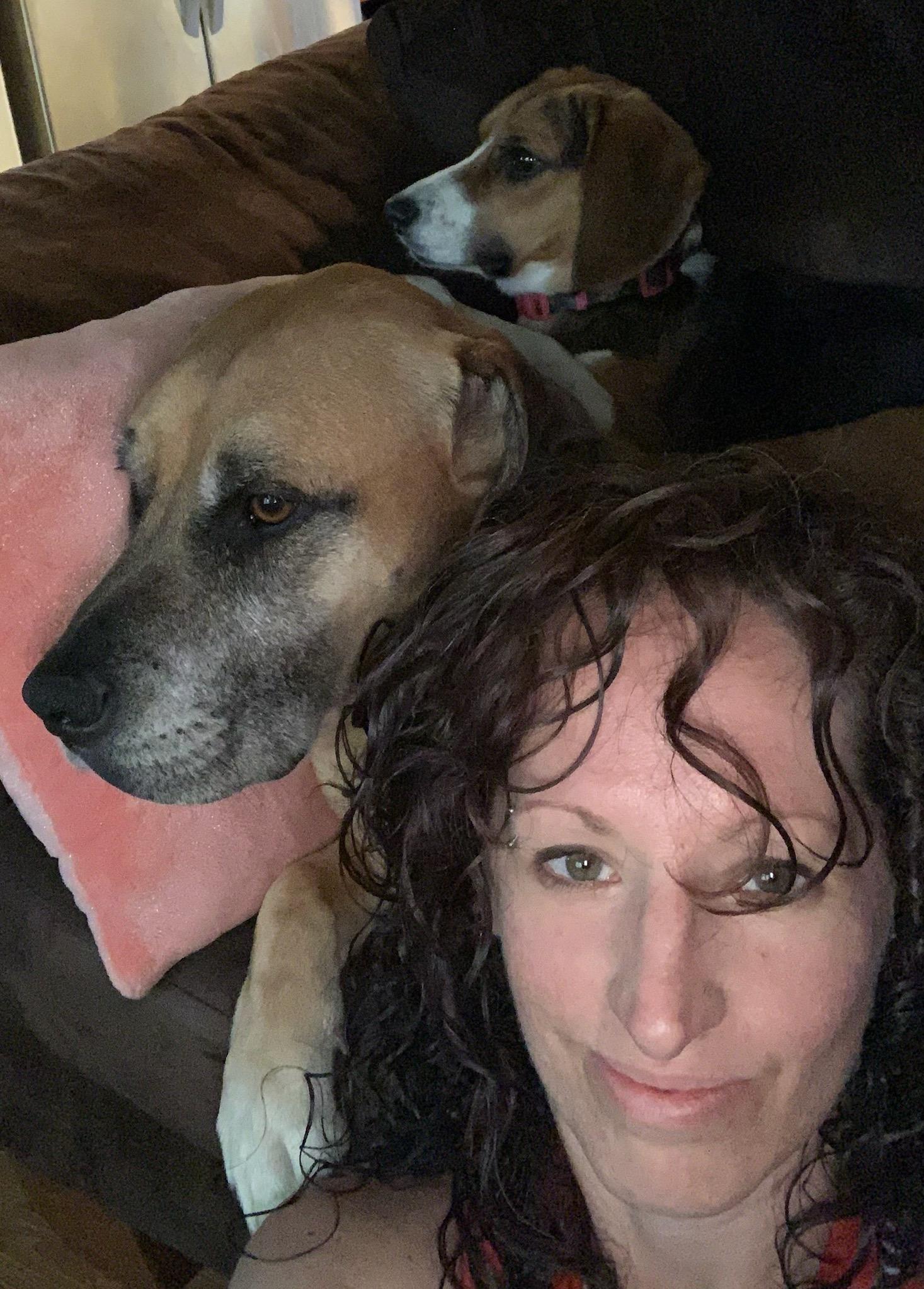 Briana moved to the Outer Banks from upstate New York in 2017, after graduating from Alfred State College. She is our Head Licensed Technician in Buxton. Brianna is a Licensed Technician in both New York and North Carolina, and has a passion for wildlife and exotic animals. She and her boyfriend reside in Buxton with their three dogs; Lou, Ham, and Jameson.  On her days off she enjoys exercising, fishing, gardening, and spending time at the beach. 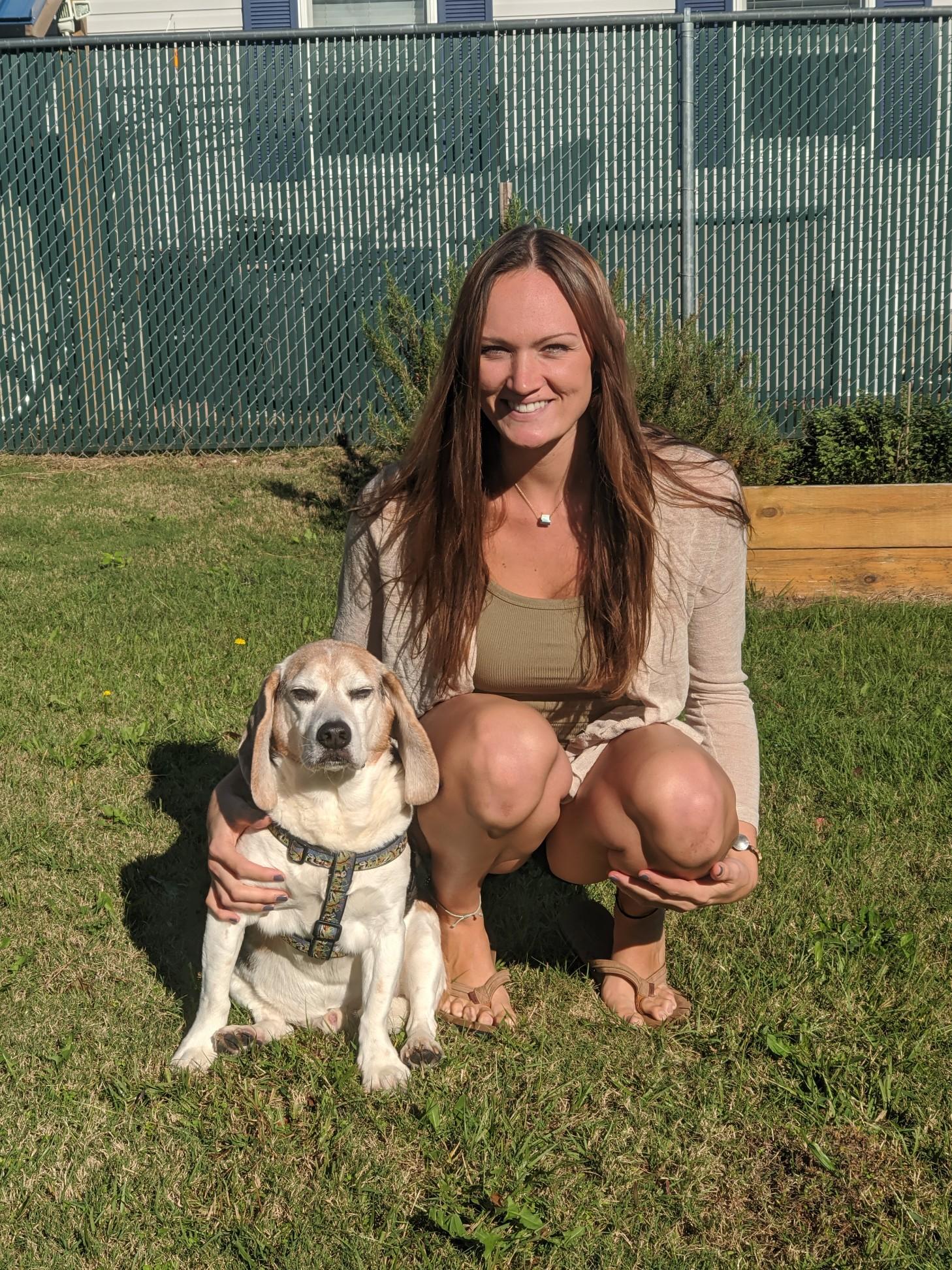 Find us on the map

Read What Our Clients Say